Home
Injury & Safety
Premises Liability
Will There be Justice for the Victims and Familes of the Kindercare Tragedy in Winter Park, Florida?

Will There be Justice for the Victims and Familes of the Kindercare Tragedy in Winter Park, Florida? 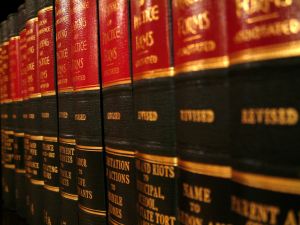 An absolutely horrrific crash took place in Winter Park, Florida. It was reported by a number of news outlets and the media that a vehicle crashed into a Kindercare. One child died and a number of other children and adults suffered serious personal injuries. As a child injury lawyer and a child safety advocate, I have read the news reports and updates with great interest. One question that comes to mind is as follows: Will there be justice for the victims and families of the Kindercare Tragedy in Winter Park, Florida? Before answering this question, it should be noted that the answer all depends on your definition of justice and how far justice should go in addressing or redressing the harm caused by the alleged careless or negligent acts of others. It appears that the police have issued an arrest warrant for a person charged with fleeing the scene and allegedly causing the accident. If the alleged at fault driver is prosecuted and then sent to prison, will this consitute justice for the alleged crimes committed? Possibly, again, it all depends on one's definition of justice.

How about a civil claim or case against the at fault driver? First, from a practical standpoint, did the alleged at fault driver or owner have insurance coverage? What was the extent of the insurance coverage? Due to the fact that many people were injured, it is most likely that the amount of coverage will be insufficient to fully compensate the victims and the families of the victims for the injuries and damages caused by this crash. Is justice served if just a small amount of money is distributed to the victims and families? Obviously, from a civil law standpoint and analysis, the answer to this question would be no. It should be noted that there may be Uninsured Motorist coverage for the victims and families on a vehicle owned by the victim and / or the victim's family. This could be a possible source of compensation depending on the coverages obtained and the language of the insuance policy.

It should be noted that any person charged with a crime is entitled representation by a private criminal defense attorney or the public defender's office. While the facts of this case may seem clear to some, the successful prosecution of a criminal case will involve many moving parts and a good bit of work and attention to detail. Any person arrested will be entitled to defend himself or herself from the criminal charges. However, it is rather suspect and concerning that the driver of the Durrango involved in the crash fled the scene and is not be sought out by law enforcement. Why did he flee the scene? Will he have an explanation or excuse for how the crash took place?

The community in Winter Park and the surrounding area will need a tremendous amount of support to help get through this stressful times. It is important that family and friends do what they can to support the victims and the families. Hopefully, the vicitms and families will find comfort in their neighborhoods, communities, and religious institutions as they take their time to deal with the aftermath of truly a tragic day in history for this community.