Home
Injury & Safety
Wrongful Death
Who Reviews the Cause of Death of a Child in the State of Florida?

Who Reviews the Cause of Death of a Child in the State of Florida? 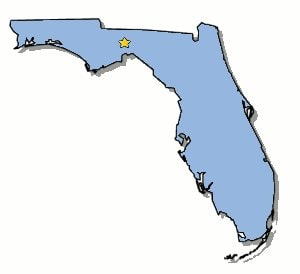 In Florida, the death of a child has a ripple effect through the family, school, and community. Often times, when a child dies, the family or other concerned persons will ask the following questions:

Who Reviews the Cause of Death of a Child in the State of the Florida?

Medical Examiner / Pathologist. In many instances, the local medical examiner employed by the State of Florida will perform an autopsy of the child to determine the cause of death. The findings from the autopsy may reveal the mechanism as well as the preventability of the death. The conclusions will be that the cause of death was from Natural Causes, Accidental Causes, Abuse / Neglect, Unknown, and other designations.

Hospital Staff / Treating Physician. In some instances, in which the child has been hospitalized, the cause of death will be documented by the hospital staff / treating physician. If there is no question or doubt as to the medical causes of death, an autopsy may be avoided or unnecessary.

Hospital Mortality Board. When a child dies at a hospital, the death will be reviewed by a hospital mortality board as to the treatment received by the child and a general analysis of the care provided to the child during the hospitalization.

The State of Florida Child Abuse Death Review Committee. This committee has a multi-disciplinary team that reviews causes of death for Florida children and analyzes the data associated with these deaths. The mission of the committee and those individuals involves is to reduce the incidents of death to children caused by accident, negligence, neglect, or abuse. You can read more about this committee at State Child Abuse Death Review (CADR) Committee.

Statistics have been released as to the number and causes of death in the State of Florida for the year 2010. It was reported that 2,282 children under the age of 18 years old died in 2010. The statistics showed the numbers / percentages of death caused by abuse, drownings, automobile accidents, unsafe sleeping, suicide, and other causes. You can read more about these statistics at Death Review Committee - Causes of Death for 2010.

When a child dies as a result of the fault or negligence of others, a parent is often faced with many challenges and issues. In trying times like these, it is often helpful for a parent to contact a Florida Child Injury Lawyer for advice, consultation, and legal representation. The ABCs of Child Injury - Legal Rights of the Injured Child - What Every Parent Should Know - has chapters on School Injuries, Day Care Center Injuries, Playground Injuries, Child Abuse, and other topics. You can get this book for free at The ABCs of Child Injury. Another helpful resources for parents is the book - When a Parent's World Goes from Full to Empty - The Wrongful Death of a Child - What You Need to Know about The Florida Wrongful Death Act. You can get his book for free at From Full to Empty.