Who is Responsible for Injuries in School Bus Accidents? 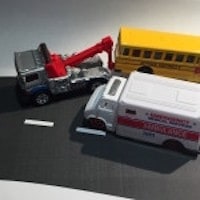 In St. Johns County, Florida and the other 66 counties in the State of Florida, children are transported to and from schools in school buses and vans. When there is a crash or accident, children are often injured and require medical care and attention. Some injuries even require the transport by fire rescue and at times by an emergency air lift. When a child suffers personal injuries, parents are faced with the challenges of medical bills, missed school, personal injuries, permanent injuries, and a whole host of other problems. When faced with these issues, it is often helpful to have the guidance, counsel, and legal representation by a qualified Florida Child Injury Lawyer. Some laws and insurance regulations make perfect sense while others do not. Certainly, school districts, schools, and insurance companies are well represented by a panel of attorneys. Because of this, parents should act quickly to get an advocate in place to give a voice for the injured child. Back to the question at hand, who is responsible for the personal injuries suffered by a child when there is a school bus accident or crash?

School District. If the school bus is owned, operated, or retained by a public school district, then the school district could be held liable for the personal injuries and damages IF it can be proved that the bus driver was negligent AND / OR there was negligence involved with the maintenance of the bus that was a contributing cause of the crash.

School Bus Insurance. Many public school districts are self insured. Many are insured through an insurance fund or company. While the school bus insurance is not a party to the case or action per se, it can be a funding source for medical bills, personal injuries, and related damages.

At-Fault Driver (Other Than School Bus Driver). If the crash is caused by the negligence of another driver, then a case or claim can be pursued against the at-fault driver.

At-Fault Owner (Other Than School Bus). If the crash is caused by the negligent driving of a vehicle that is owned by another person, then the owner of the vehicle under Florida Law and the Dangerous Instrumentality Law can also be held liable or responsible for the personal injuries and related damages.

Insurance Company for the At-Fault Driver. Again, an insurance company is not necessary a party or responsible entity except for the payment of medical bills, personal injuries and related damages.

Insurance Company for Parents of the Injured Child. There also may be insurance coverage afforded the injured child under a parent's insurance policy even though the child at the time of the crash was occupying a school bus and even though the parent's vehicle at nothing to do with the crash.

In St. Johns County, Florida, a recent crash was reported in which 1 child was airlifted from the crash scene and 4 children were transported from the crash scene. In the initial news reports, there was no detail as to the cause of the crash or responsiblity for the crash. There was graphic photograph showing a significantly damages school bus and a group of trees. The impact looked quite severe. A typical morning for the children on this school bus turned quite tragic in the form of this terrible school bus crash. See Children Injured in School Bus Crash in St. Johns County Florida.