Home
Injury & Safety
Schools, Day Care Centers and Summer Camps
What if a School Bus Driver is Negligent? Who Pays for Medical Bills and Personal Injuries?

What if a School Bus Driver is Negligent? Who Pays for Medical Bills and Personal Injuries? 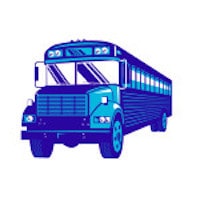 St. Johns County, there was a serious school bus accident that injured a number of children including one child who was airlifted and three children who were transported to Baptist South Medical Center located in Jacksonville, Florida. This particular accident was reported as a single vehicle accident. According to Action News and other media outlets, the driver, Joseph David Sanks, 69, of St. Augustine, was issued a citation for careless driving. As Mr. Sanks was driving the yellow school bus on Interstate 95 near International Golf Parkway - he veered off the side of the road and into some trees. There were no other vehicles damaged or reported involved with the crash. Investigators from the Florida Highway Patrol interviewed witnesses and later issues a citation for Careless Driving to the school bus driver. Does this mean that this is an open and shut case? Not necessarily. The Florida Highway Patrol does not control the outcome of the injury claims or potential civil cases that may arise from this accident. Furthermore, while the school bus driver was charged with careless driving, he can contest the charges and request a hearing in traffic court with or without the benefit of legal representation. Unless there was a mechanical failure or some other good explanation for the school bus driver crashing into a group of trees, it is highly unlikely that the school bus driver will prevail in traffic court. Of course, the traffic court judge or hearing officer may decide to cut the school bus driver a break and withhold adjudication on the citation. It should be noted that the disposition of the traffic court hearing does not control the course of the potential civil cases or claims. See Driver Charged in St. Johns County Florida School Bus Accident on Interstate 95.

Because of the complexities of Florida's legal system especially as it pertains to liability, damages, and the intricate procedures by which a case or claim must be filed against a sovereign entity (government entity) like a school distrct, it is important for the parents of the injured children to retain the services of a qualified and experienced Florida Child Injury Lawyer for advice, guidance, and legal representation.

There may be several sources for the payment of medical bills and damages associated with a school bus accident including the following:

Medical Payment. The school district may have insurance in the form of Medical Payment coverage that may provide $1,000 or more in benefits to an injured child.

Personal Injury Protection. In most automobile accident cases, a child can get his or her bills paid through a parent's automobile insurance policy even through the parent's vehicle was not involved in the crash. However, there are certain exceptions in most policies for public conveyances. As such, PIP may not apply in the situation of a school bus accident.

Health Insurance. While it may seem a bit unfair, the health insurance of the child may end up paying the medical bills if there is no other immediate funding source available.

Uninsured Motorist Coverage of Parent. Again, this may seem unfair but there may be an ability to collect compensation for medical bills and other damages under a parent's Uninsured Motorist insurance policy even though the parent's vehicle was not involved in the crash.

Sovereign Immunity Caps. In the State of Florida, most cases or claims against a government entiy are limited to $200,000 per person and $300,000 per incident. A claim can be pursued in excess of these amounts but it requires a special bill or law to be passed before the Florida Legislature. During the past several years, very few claims bills have been presented that have passed even though the victims were very deserving.

The complexities of the above and other issues should prompt the parent of an injured child to at least consult with a Florida Child Injury Lawyer to determine the respective rights of the child and the respective obligation of the school, school bus driver, school district, and / or other entities.