What if a Child is Injured on a Trampoline at a Day Care Center, Summer Camp, or the Private Home of a Friend, Neighbor, or Relative? 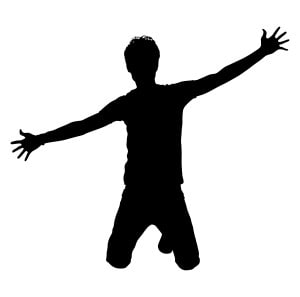 Trampolines can provide hours of enjoyment and exercise to children. Unfortunate, a trampoline can also be the site or location of a serious personal injury to a child. There are three major reasons why children are injured while playing on a trampoline:

1. Improper Maintenance / Repair of the Trampoline

There are far too many homeowners, summer camps, schools, and day care centers with trampolines that are older and / or without proper safety measures and equipment. Many trampolines lack side netting and barriers. Alternatively, the side netting or barrier is in place but in disrepair. There are also trampolines in use and available for play with issues with the legs or footing of the trampoline. Some have missing springs and holes in certain areas. When a trampoline is not properly maintained, children can be harmed even during simple light use.

Another cause of child injuries during use of a trampoline is the lack of adequate supervision. Children have poor safety awareness and judgment. Because of the risks of trampoline use and the poor safety judgment of children, it is important to have adequate supervision in place. Rules should be followed. For instance, larger children should not bounce with smaller children. There should be no horseplay or jumping onto or off of the trampoline in an unsafe manner. There should be no wrestling or play fighting on the trampoline. Again, proper supervision can go a long way to protecting children while jumping on a trampoline.

3. Inherent Risk of Trampoline Use

Even when a trampoline is brand new, well assembled, and equipment with all of the safety measures available, a child can still be injured while under the proper supervision of an adult or child care provider. With any physical activity, there is often an inherent risk of injury or harm.

The United States Consumer Product Safety Commission (CPSC) reports that in 2014 there were over 100,000 emergency room visits for trampoline related injuries. Between the time period of 2000 - 2009, there were a total of 22 deaths related to trampoline use. See Trampoline Safety - CPSC Safety Alert.

If a child is injured while playing on a trampoline at a day care center, school, summer camp, or the home of a friend, neighbor, or relative, there may be a case or cause of action to pursue on behalf of the injured child. Let’s discuss a potential case. A 10 year old goes to his friend’s house to play. The friend has a trampoline. The children go and play on the trampoline. Prior to going outside, the mother of the friend went to the store to run an errand. While the children were play fighting on the trampoline, the child fell off of the trampoline and broke his arm. There were no barriers or barriers on this older model trampoline. Under these general facts, there may be a viable claim or case to pursue against the homeowner for negligent supervision and maintenance. Assuming that there is homeowner’s insurance coverage for such an incident, a Child Injury Lawyer may be able to recover compensation for the injured child for past medical bills, future medical bill, and pain and suffering related damages.