Home
Injury & Safety
Schools, Day Care Centers and Summer Camps
What if a Child is Injured at a Bounce House Rented or Owned by a School, Theme Park, Day Care Center, or Homeowner? Legal Rights of the Injured Child

What if a Child is Injured at a Bounce House Rented or Owned by a School, Theme Park, Day Care Center, or Homeowner? Legal Rights of the Injured Child 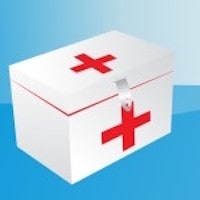 The homeowner had a duty to supervise the children. The homeowner breached this duty when she left the bounce house area to cook a meal and check on her e-mails. The failure of proper supervision caused the bounce house area to be used without restriction by the 12 year old visiting boy. As a result of this breach of duty, the 4 year old visiting friend was injured. A case can be pursued; however, it shoudl be pointed out that many Child Injury Lawyers will only take on a case if there is homeowner's insurance or liability insurance to cover the personal injuries. Under the aforementioned case scenario, here are some questions that will be addressed by the Florida Child Injury Lawyer:

With respect to commercial establishments /businesses like theme parks, amusement parks, shopping centers, and other places, a Florida Child Injury Lawyer will also look for liability insurance coverage; however, a case may still be pursued from a practical standpoint even if there is no liability insurance in place. For instance, major companies like Wal-Mart and Disney are self-insured; however, each company has substantial assets to cover insurance claims or cases. It should be noted that just because there is a lot of insurance coverage AND / OR assets by the Defendant - this does not mean that there will be a big settlement OR any settlement at all. A case must still be supported by the facts and elements as described above.