Home
Injury & Safety
Dog Bites
What are the Rights of a Child to Compensation for a Dog Bite or Dog Attack Injury?

What are the Rights of a Child to Compensation for a Dog Bite or Dog Attack Injury? 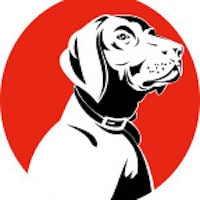 In every Florida community, there are dogs. A dog is commonly referred to as man’s best friend. Dogs are wonderful companions and considered part of the family. Unfortunately for some children, a dog can be viewed as a mean and vicious animal that is dangerous. A child can be significantly traumatized as a result of a dog bite or dog attack. Some dogs are vicious by nature. Some unfortunately are taught to be vicious. Most domestic dogs are kind animals but, as animals, a bite or attack can still happen at any time. A dog could get scared or agitated by a certain sound or smell. Some dogs, for reasons unknown, just do not like children. As smart as dogs can be, they are still animals that, at times, take action to protect themselves or protect their owners if they feel threatened in a certain manner. For some dog owners, the fact that the dog bit or attacked a person comes as a total surprise. For others, it is no surprise at all since the dog previously attacked or bit a person.

Florida, like some other states, has a strict liability law in place for dog bites or dog attacks. Prior notice of aggressive behavior is not a requisite to pursue a claim or case. A dog bite victim need only show that a dog attack took place. There are some limited exceptions to this general law or rule. For instance, if the child is a trespasser who then is bitten, there may be a defense to an action or a case brought on behalf of the dog bite victim.

767.04 Dog owner’s liability for damages to persons bitten. — The owner of any dog that bites any person while such person is on or in a public place, or lawfully on or in a private place, including the property of the owner of the dog, is liable for damages suffered by persons bitten, regardless of the former viciousness of the dog or the owners’ knowledge of such viciousness. However, any negligence on the part of the person bitten that is a proximate cause of the biting incident reduces the liability of the owner of the dog by the percentage that the bitten person’s negligence contributed to the biting incident. A person is lawfully upon private property of such owner within the meaning of this act when the person is on such property in the performance of any duty imposed upon him or her by the laws of this state or by the laws or postal regulations of the United States, or when the person is on such property upon invitation, expressed or implied, of the owner. However, the owner is not liable, except as to a person under the age of 6, or unless the damages are proximately caused by a negligent act or omission of the owner, if at the time of any such injury the owner had displayed in a prominent place on his or her premises a sign easily readable including the words “Bad Dog.” The remedy provided by this section is in addition to and cumulative with any other remedy provided by statute or common law. History.—s. 1, ch. 25109, 1949; s. 1, ch. 93-13; s. 1155, ch. 97-102.

If there is homeowner’s insurance coverage or liability insurance coverage in place, a child can then most likely collect damages for economic damages (medical bills, lost wages of the child (if any), lost wage of the parent (if any), and future medical bills) and non-economic damages (pain, suffering, loss of enjoyment of life, and mental anguish). Insurance companies are well represented by attorneys and adjusters. Because of this, a parent should hire a Florida Child Injury Lawyer to advocate for and represent the interests of the minor child. Like other child injury cases, the attorney and parents have a duty to act in the best interests of the child.