What are the Legal Rights of a Child Injured Due to Lack of Proper Supervision at a Summer Camp, School, or Day Care Center? 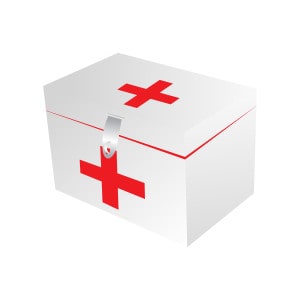 In Florida, a child under the age of 6 years old cannot be held liable for his or her own negligence or carelessness. This is the law in the State of Florida. Why is this particular law in place? The policy reasons behind this law is based on the known fact that young children lack safety awareness and lack good judgment especially when near something interesting or fun in appearance like a body of water, pool, playground, etc . . . .

Let’s take an example. Let’s say that a 5 year old child is enrolled in a day care center. The child walks into an unlocked janitor / cleaning supply closet. While in the closet, the child sees some brightly colored blue jug. The child opens the jugs and pours the chemicals over his or her head. The child then sustains significant and painful burns that require an extended hospitalization and result in lifelong and permanent scarring to the face. This is certainly a tragic incident; however it is an incident that is foreseeable and preventable. The door should have been locked and all dangerous chemicals should have been kept out of the reach of the child. Furthermore, with constant and consistent supervision, the child would have been re-directed or kept from the area of danger. This 5 year old child was injured due to a lack of supervision. The child cannot be faulted for his actions because he was under the age of 6 years old at the time of the incident.

For children 6 and older, a portion of the fault can be attributed to the child; however, the age and maturity of the child are considered for children 6 and older. If the same incident happened with a 6 year old, it would be my opinion that all of the fault for this particular incident would still fall upon the Florida Day Care Center which failed to properly supervise this child.

Of course, the aforementioned incident involving chemical burns to a child is just one of many incidents that can happen at a Florida Day Care Center when there is a lack of proper safety precautions and supervision. Here is another example of what can happen to a child when there is a lack of proper supervision. It was reported that a child was injured when he was climbing and jumping over a fence during play time. He attempted to climb and jump the fence to retrieve a ball. As he was getting over the top of the fence, his fan was caught on one of the metal spikes and he suffered a serious injury to the hand. You can read more about this particular incident at Child Suffers Injury Due to Fence at School - Plastic Surgery and Other Medical Care Needed.

If a child is injured as a result of a lack of supervision even if the child put himself or herself in danger, a case or claim can still be pursued. Due to the intricacies of Florida law and the challenges to most injury cases, a parent should contact a Florida Child Injury Attorney for advice, consultation, guidance, and legal representation.