Home
Injury & Safety
Premises Liability
Is There is a Duty in the State of Florida to Warn Visitors and Guests of Alligators and Wildlife? Liability of Walt Disney World?

Is There is a Duty in the State of Florida to Warn Visitors and Guests of Alligators and Wildlife? Liability of Walt Disney World? 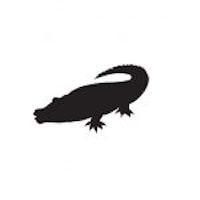 The State of Florida is a tourist destination for millions of visitors every year. In Florida, we have beaches, resorts, theme parks, water parks, lakes, rivers, ponds, lagoons, and a number of alligators. Certainly, personal injuries caused by an automobile accident are far more common than personal injuries caused by an alligator attack. As such, there are literally thousands of appellate cases and rulings associated with personal injuries and automobile accidents. On the other hand, the laws and appellate cases associated with alligator attacks are quite sparse. A recent incident at Walt Disney World Orlando made national headline news. Unfortunately, it focused media attention in the State of Florida and Orlando for a tragedy rather than any kind of celebration. More importantly and more tragically, a Nebraska family, who innocently was just trying to enjoy the “Magic” of Walt Disney World Orlando, will be heading home with one less family member who was attacked and dragged away by an alligator at the Seven Seas Lagoon.

In Palumbo v. State Game & Fresh Water Fish Commission, 487 So.2d 352 (Fla. 1st D.C.A. 1986), a personal injury victim (Christopher Palumbo) sought the review of a trial court order granting summary judgment for the defendant - the State of Florida. In other words, the trial court threw out the personal injury victim’s case. The trial court ruled that the evidence, when considered in the light most favorable to the injury victim, was insufficient to support a claim or case for negligence against the State of Florida. Mr. Palumbo was injured at the University of Florida - Lake Wauberg Recreational Park. He noticed that a boat had capsized. Mr Palumbo decided to swim out to the boat to help the boaters with a repair. As he was swimming towards the boat, Mr. Palumbo was attacked by an alligator and he was injured. Mr. Palumbo later filed a lawsuit against the State of Florida Game and Fresh Water Commission. The trial court threw out the case and determined that the State of Florida was not required to fence and was not required to otherwise keep alligators out of the area. The trial court further noted that Mr. Palumbo disregarded warning signs that were posted at the recreational park / facility. The First District Court of Appeal affirmed the rulings of the trial court. The First District Court of Appeal noted that the State of Florida did not have a duty to guard the visitor against harm from an alligator unless the alligator was reduced to the possession of the State of Florida or the alligator was not indigenous to the locality. The First District Court of Appeal further noted that Mr. Palumbo ignored clear warning signs at the facility which, in turn, was the sole proximate cause of his personal injuries. In addition to “No Swimming” signs posted at the recreational park, there were a variety of signs warning of and referencing the presence of alligators in the area including one sign that read “Unlawful to Feed Alligators” and another sign that read “Don’t Feed or Molest . . . “ with a large graphic of an alligator on it. In the Palumbo case, there were clear warning signs of alligators in the area which appeared to be an important part of the rulings of the trial court and the appellate court.

Based on initial research completed to date, the Palumbo case appears to the the Florida appellate case most similar but certainly not identical to the facts and investigation developing at Walt Disney World Orlando about the the 2 year old Nebraska boy who was attacked and taken away by an alligator in the Seven Seas Lagoon area. Furthermore, seeing that there is likely just a few appellate cases out there involving alligator attacks and personal injury, there is not much legal precedent out there to provide guidance and direction as to the law on point for such a case. When there is not much case law, trial judges can turn their attention to cases and incidents that can be compared to an alligator attack but do not involve alligator attacks per se. Furthermore, trial judges can also look to other jurisdictions for ruling and cases in order to make a ruling on an unique case like an alligator attack case.

As for the recent alligator attack at the Walt Disney World Resort Orlando, further information will be developed to determine the facts, issues, foreseeability, preventability, and legal liability (if any) for the unfortunate and tragic attack of the 2 year old boy from Nebraska at the Seven Seas Lagoon. If there were no warning signs of alligators in the area and no prohibitions or warnings about walking close to the water’s edge at the Seven Seas Lagoon, these facts may be important ones to consider when evaluating the culpability and liability (if any) of Walt Disney World Orlando for the death of the 2 year old boy. Another distinguishing fact about the Disney alligator attack when compared to the Williams case and the Palumbo case is the fact that the Disney alligator attack took place at a resort / hotel area. Another important fact to note is that the family members of the 2 year old were just temporary visitors and were from the State of Nebraska. It appears the issues of knowledge (Williams case) and notice (Palumbo case) may be factors that distinguish the Disney alligator attack incident from the other reported appellate cases involving an alligator attack.

David Wolf is an attorney, author, and advocate based in Jacksonville, Florida. He is the author of 5 books focusing on child injury and safety issues. One book titled - The ABCs of Child Injury - Legal Rights of the Injured Child - What Every Parent Should Know - has chapters on Automobile Accidents, Day Care Center Injuries, Amusement and Theme Park Injuries, Swimming and Aquatic Injuries, Dog Bite Injuries, and other topics. Another book focuses on issues that arise in a case involving the wrongful death of a child. This book is titled - When a Parent’s World Goes From Full to Empty - The Wrongful Death of a Child - What You Need to Know About The Florida Wrongful Death Act.