Home
Injury & Safety
Child Abuse
Is the Ignorance of the Victim’s Age or Bona Belief in the Child’s Age a Legal Defense in a Criminal Case for Lewd or Lascivious Battery, Molestation, Conduct or Exhibition?

Is the Ignorance of the Victim’s Age or Bona Belief in the Child’s Age a Legal Defense in a Criminal Case for Lewd or Lascivious Battery, Molestation, Conduct or Exhibition? 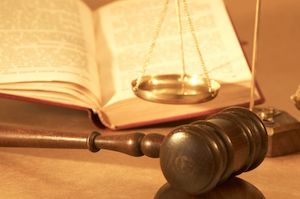 Is the Ignorance of the Victim's Age or Bona Belief in the Child's Age a Legal Defense in a Criminal Case for Lewd or Lascivious Battery, Molestation, Conduct or Exhibition? The simple answer to this question is "No".

When any of the above acts are committed in the presence or or with a child, there are, at times, arguments or defenses attempted regarding the perpetrator's knowledge or awareness of the victim's age. Certainly, a 5 year old cannot be mistaken with an 18 year old. However, from a mere visual or intellectual standpoint, it may be difficult at times to distinguish a 15 year old from an 18 year old. In some cases, the victim (himself or herself) lies or misrepresents the victim's age.

In the State of Florida, the laws criminalizing Lewd or Lascivious acts clearly provides that the ignorance or belief of the victim's age by the perpetrator is not a valid defense to a criminal prosecution pursued under Section 800.04, Florida Statutes.

The above statute pertains to a criminal case rather than a civil case. The victim's actions or misrepresentations may be a viable issue in a civil case. Like other legal matters, each case must be evaluated on its own facts and merits. For instance, if a child is a middle school student and the perpetrator knows about the child's grade level, there will be little doubt as to the knowledge of the predator at the time of the lewd or lascivious acts. In addition, there are often times text messages, e-mails and other evidence that clearly establish the perpetrator's knowledge of the child's age at the time of the "bad" acts.

Again, it should be noted that civil cases are different than criminal cases. The standard of proof is different and the analysis is different. In a criminal case, the State Attorney and local law enforcement usually make the decision whether a case will be prosecuted or not.

In a civil case, the pursuit of the case will depend on the intentions and requests of the parents. While the parents of an injured child subjected to lewd or lascivious acts are not required to have an attorney to pursue a case, it is often advisable for the parents to hire a Florida Child Injury Lawyer regarding these matters. A Florida Child Injury Lawyer can help a parent sort through the legal issues, parties to name in the case, sources of compensation, and other matters.