Home
Injury & Safety
Car Accidents
Does an Automobile Accident Have to be Reported to the Police to Pursue a Claim for Personal Injuries?

Does an Automobile Accident Have to be Reported to the Police to Pursue a Claim for Personal Injuries? 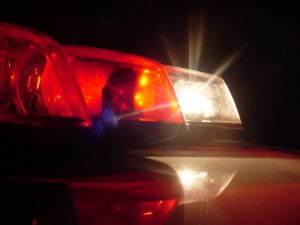 In the State of Florida, most automobile accidents are reported to the police especially when there is more than $500 worth of property damage. At times, for variety reasons, an automobile accident may not be reported to the police even though they resulted in property damage and personal injuries. Is a police report necessary to pursue a claim Porcase for personal injuries in the State of Florida? The simple answer to this question is No. Florida law does not necessarily require that a police report be made in order to pursue a claim or case for personal injuries. However, insurance companies often require the documentation of an accident be made in order to substantiate the facts of the case. Typically, a police report is helpful in order to provide documentation of the insurance company as proof of the accident took place, the surrounding the details of the surrounding area including road construction speed limit etc. and the observations of an independent third-party in the form of the police officer.

In the State of Florida, there is a legal concept known as the Accident Report privildge. Under this doctrine, a police report cannot be admitted into evidence in most civil cases involving personal injury. While it does not count as official evidence, a police report can be helpful in obtaining information including insurance information and the identify of witnesses.

A police officer can be a good witness to the details of the scene of the accident, the condition of the vehicles, and other observations after the accident itself. Because of the complexities of Florida law including the accident report privilege and insurance requirements and compensation, the often helpful to have a Florida Child Injury Lawyer involved in the case early on in order to advise parent of the respective rights of the child in the responsibilities of the at-fault driver.