Home
Injury & Safety
Premises Liability
Comparative Fault and Florida Law: What are the Legal Rights of an Injury Victim When There Might be Comparative Fault? Analysis of Disney Alligator Attack of 2 Year Old Boy

Comparative Fault and Florida Law: What are the Legal Rights of an Injury Victim When There Might be Comparative Fault? Analysis of Disney Alligator Attack of 2 Year Old Boy 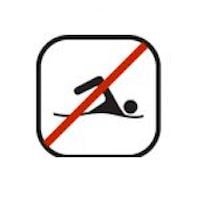 During the past week, I have lectured and written on the issue of negligence, child injuries, and the unfortunate and tragic incident that took place at the Walt Disney World Resort - Orlando where a 2 year old child was attacked and ultimately drowned by an alligator. It has been reported that there were "No Swimming" signs posted in or near the area. Some people, who I have spoken to, believe that this fact should then be a bar to recovery if there is a claim or case pursued by the parents of the child who died. Florida is a state that has adopted a Comparative Fault system for the pursuit and trial of personal injury cases. In other words, even if an injury victim is comparatively or partially at fault, there can still be a case pursued on behalf of the injury victim and / or the injury victim's family. It should also be noted that there are some special laws in place in Florida when a child is injured. For instance, in the State of Florida, a child under the age of 6 years old cannot be held liable, responsible, or partially at fault as a matter of law. As such, a 2 year old cannot be comparatively at fault as a matter of law even though there were "No Swimming" signs that were posted. However, a parent, as a third party of sorts, can be held liable, responsible, or partially at fault if the parent's actions or inactions contributed in whole or part to the situation or incident taking place.

As for the Disney alligator attack, it has been reported that there were "No Swimming" signs posted. The family of the 2 year old were from Nebraska and may not have been aware of the presence of alligators throughout the State of Florida in its rivers, lakes, canals, ponds, and lagoons. Furthermore, the sign read "No Swimming". The reason for the posting of the sign could have included any of the following:

Any one of the above reasons and / or other reasons could have been the reason or purpose in the posting of the "No Swimming" signs. One should not assume that this family from Nebraska had superior knowledge to that of the staff and management of the Walt Disney World - Orlando. It was most likely the contrary in which Walt Disney World Orlando had superior knowledge to that of the family from Nebraska.

Comparative Fault or Comparative Negligence in personal injury cases is the law of the land in the State of Florida. Section 768.81 (2), Florida Statutes provides as follows:

Children and families who are invited guests and visitors to theme parks, amusement parks, resorts, hotels, and other places have a reasonable expectation and right to safety. While a property owner is not an absolute insurer of the safety of every child or adult, the property owner does have a duty to maintain the premises in a reasonable safe condition and to warn of any dangers that cannot be remedied or protected against. It is interesting to note that following the alligator attack at Walt Disney World Orlando - a number of alligators were captured and killed as part of the search for the missing 2 year old boy. Furthermore, as noted above, it is likely that the knowledge of the Walt Disney World Orlando staff and management were far superior than the knowledge of the family from Nebraska. It should also be noted that the area in question could have been fenced to further protect the guests especially the children from the risk and danger of an alligator attack.

If a case like the Disney alligator attack gets into a courtroom (which is unlikely based on all of the facts and circumstances known to date), a jury could find Disney 100 % at fault, 0 % at fault, or partially at fault. While it is my expectation that the "No Swimming" sign defense if it is attempted will fail. It is possible that a jury could assess some comparative fault for ignoring the warning sign if that is what the jury determines. As such, if the jury determines that there is 20 % fault on the part of a child 6 and over OR on the part of a supervising parent or adult, then the amount ultimately awarded to the child or the child's family would be reduced by 20%. Again, Florida law would not bar recovery if the child or family is held partially at fault - it only reduces the amount of the financial recovery.

David Wolf is the author of 5 books focusing on child injury and safety matters. He is the author of The ABCs of Child Injury - Legal Rights of the Injured Child - What Every Parent Should Know. This book has chapters on Amusement and Theme Park Injuries, Automobile Accidents, Day Care Center Injuries, and other topics. You can get this book for free at The ABCs of Child Injury. David Wolf believes in Giving a Voice to Injured Children and Their Families. He is the editor of two blogs - Florida Child Injury Lawyer Blog and Child Injury Lawyer Blog. Over the years, the blogs have been accessed and visitor by over one million visitors. David Wolf is available days, nights, weekends, and holidays for his clients, prospective clients, and anybody needing help or advice with a personal injury matter, incident, or case. Get D Wolf - On Your Side - At Your Side.