On March 2, 2015, there was a crash in Jacksonville Florida that caused the death of four people – two deaths and two children.   The crash took place on the Buckman Brigde which was later shut down.  The ripple effect of this crash was felt throughout the roadways of Duval and Clay County.   Tragically, four people died as a result of this rear end crash involving a semi-tractor trailer and two SUVs – a Chevrolet Tahoe and a Nissan Murano.

The Florida Highway Patrol Released a Media Report following the crash with the following details:

END_OF_DOCUMENT_TOKEN_TO_BE_REPLACED 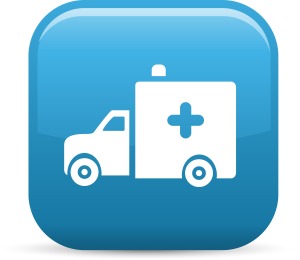 n Jacksonville and North Florida, there are a number of bridges (large and small) that connect commuters to various areas over and beyond major waterways like the St. Johns River and the Intercoastal.   Once such bridge is the Buckman Bridge.  Construction began on the Buckman Bridge in 1964 and the Buckman Bridge was completed in 1970.  The bridge spans over 16,000 square feet and connects the areas of Mandarin – San Jose (Duval County) to Orange Park (Clay County).

While driving upon any large bridge, there are many safety issues and problems that can arise.  Traffic, congestion, and visibility can be factors that lead to crashes. Another problem inherent in bridge traffic is the inability to pull off the roadway to safety when there is a vehicle approaching that is about to cause a rear end accident.   Tragically, there are crashes upon North Florida bridges that lead to serious personal injuries and even death.  One such crash that took place on March 2, 2015 had the effect of shutting down a major part of Jacksonville / Orange Park traffic because the Buckman Bridge was closed to manage and investigate the crash scene.

Action News and other media outlets reported that a semi-tractor trailer crashed into a SUV just before 2:00 p.m. in the afternoon.  It was reported that the driver of the large commercial tractor trailer noticed that traffic was slowing but was unable to bring his truck to a stop.   This, in turn, led to a rear end type of crash.  Thereafer, the SUV caught on fire and 4 occupants of this SUV died at the crash scene.  It was reported that the 4 crash victims included 2 adults and 2 children. A second SUV was also involved in this Florida Automobile Accident.  The 3 occupants of this vehicle were later treated at a local hospital for non life threatening personal injuries.  You can read more about this Buckman Bridge crash at 4 Dead and 3 Injured in Buckman Bridge Fiery Crash.

END_OF_DOCUMENT_TOKEN_TO_BE_REPLACED

Click Here for
Bikes, Trikes and Automobiles
Legal Rights of the Injured Cyclist